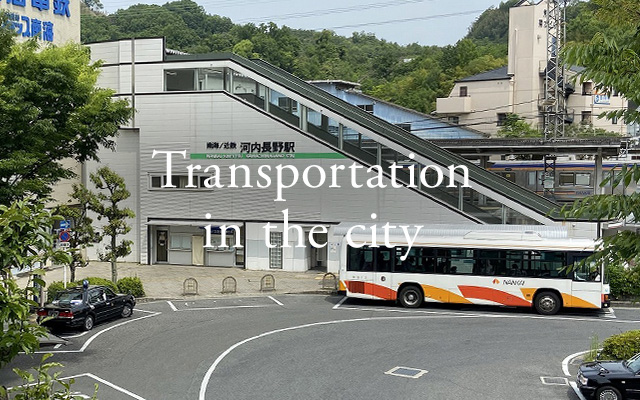 HOME > Transportation in the city > How to get on a taxi and to pay the fare.

Here's how to use transportations in Kawachinagano and how to buy tickets and get on.
Please choose from the menu; Train, Bus or Taxi.

There are four main ways to use a taxi. 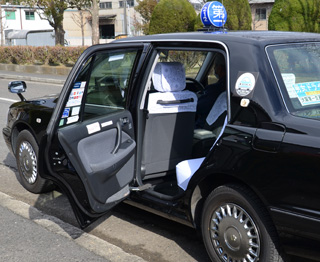 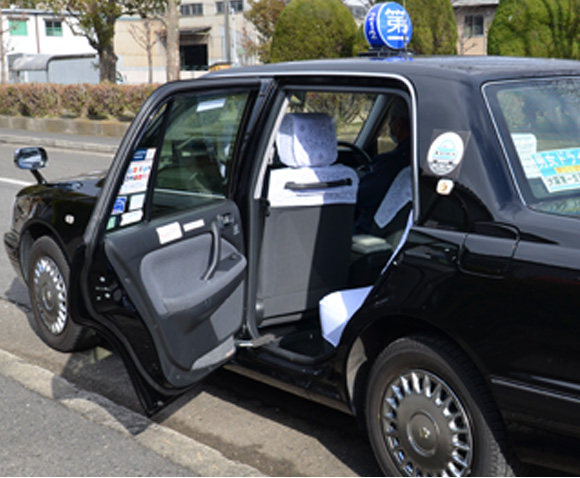 Seat and the door

Large luggage should be kept in the trunk. 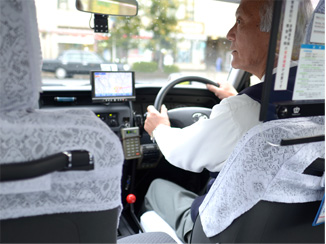 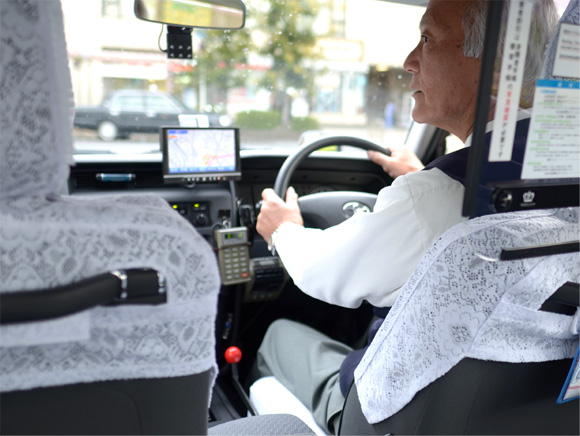 Fasten your seat belt. It's mandatory to wear seat belt both in the back seat and the front passenger seat while on board.

Tell the driver your destination

Making stops on the way

You can stop over on the way to the destination. But be careful as the fare meter keeps on counting according to the length of time even while parking. 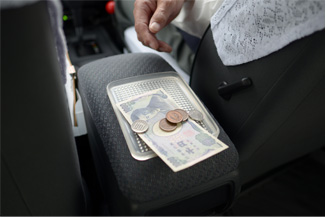 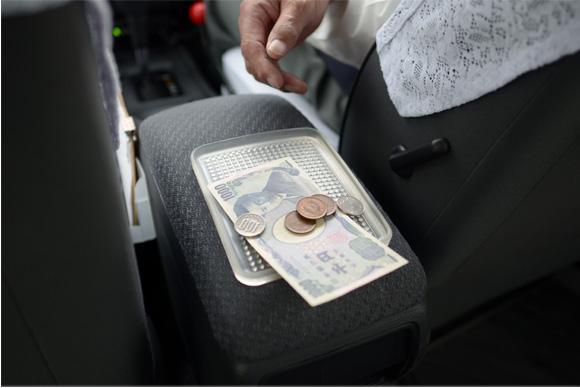 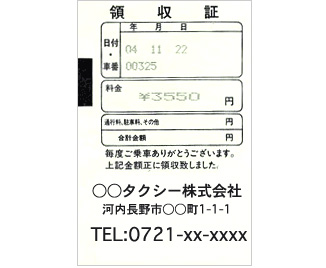 The fare is shown on the fare meter next to the driver's seat. You can't negotiate the fare as in the case of other foreign countries.

If you have chosen to go by toll road such as express way, it won't be included in the fare shown in the meter but will be charged separately.

Basically you can pay by cash or a card.
But sometimes kinds of cards you can use differ according to taxi companies. Make sure to check the stickers on the window of the taxi for that.

If you have chosen to go by toll road such as express way, it won't be included in the fare shown in the meter but will be charged separately.

Keep the receipt for the case you forget something in the car and need to make a call or just to avoid any kind of troubles. 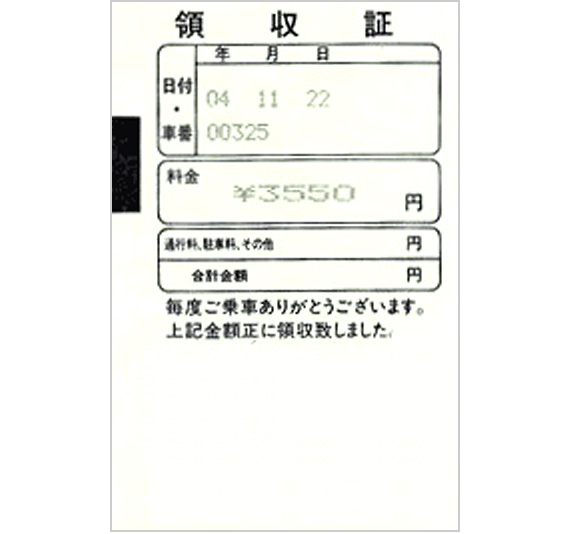 Cell phones, keys, umbrellas and wallets are the ones most frequently left behind in the car.
Please take another look around before getting off the car. It's a good idea to keep a taxi card inside the car so that you can make a call easily in case you forget something.